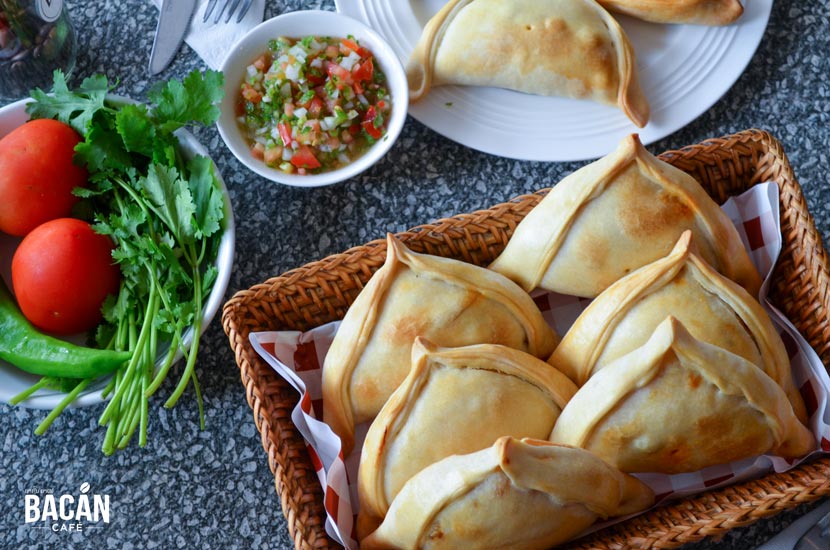 There is no doubt that all Chileans like them and if a visitor does not try one then he or she is missing out on the unique taste of tradition.

In homes, popular cooking stalls and country houses, the Chilean empanada invites itself to be shared; the majority of times accompanied by a glass of red wine. They can be prepared and eaten at any time of year, though the peak moment is during the Fiestas Patrias holidays in September, when they are served and enjoyed in the fondas or traditional food and drink establishments set up especially to celebrate the country’s independence. In the countryside they are prepared in mud or wood-fired ovens; in cities they are cooked in the ovens of a normal modern kitchen.

The most common Chilean empanada is prepared with dough made of wheat flour and filled mainly with ground beef and onion, a mix that is called pino, in addition to hard-boiled egg, olives, and raisins. The contents are wrapped in the dough, forming a semicircle, and baked in the oven. During Easter Week religious tradition advises not to eat beef, so empanadas are filled with seafood or cheese and can also be fried in oil.

The name comes from the verb empanar, meaning to wrap or coat in bread. Empanada is made by folding a dough or bread patty around the stuffing. The stuffing can consist of a variety of meats, vegetables, or even fruits.

Empanadas De Pino are the iconic food of Chile. The word, pino, is derived from the Mapuche indigenous word, pinu, which means: pieces of cooked meat. The Mapuche are the indigenous communities of Chile with roots dating back 2,000 years, to the cultures named Pitrén (100 – 1100 CE) and El Vergel (1100 – 1450 CE). The Mapuche language is “Mapudungun” and it is spoken by close to 1,000,000 people in southern Chile and western Argentina.

Mapuche cooks started making these empanadas during the Spanish conquest, with the introduction of wheat and beef.  By the 1600s empanadas were already mainstreamed into the cuisine of both Spanish and Indigenous communities. In 1620, a Spanish writer and soldier, Francisco Núñez de Pineda y Bascuñán, was part of the Spanish army that attacked the Mapuches in an effort to exterminate them. Núñez was captured by the Mapuches, who were led by their chieftain, Maulicán, and was held captive for seven months. He wrote that during his captivity, the Mapuche fed him with empanadas.

The dish was carried to Latin America by Spanish colonists, where they remain very popular to this day. 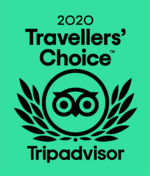